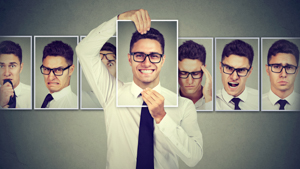 This assessment is used to determine how your personality influences your skills and natural abilities for successful job placement. You are encouraged to answer all questions as honestly as possible. Each question is phrased as a statement. The answer to each question is based on a sliding scale of one to five; one being that you disagree with the statement, three as being somewhere in the middle, and five that you agree that the statement applies to you. It takes on average about 3-8 minutes to complete. Take as long as you need.

AN OCEAN OF SCREENINGS

You're taking a psychological self-assessment test which profiles you as an applicant. You might be wondering, to what end will this information be used? Perhaps you're worried the results might hinder your chances of getting an interview, or feel those questions are a bit too personal?

What if I told you taking this test will only benefit you? What if I told you that one of the founding fathers of the psychological screening test was a man who was an avid women's rights activist, and the creator of the iconic comic book character, Wonder Woman? Our modern-day version of those tests, known as the Ocean Test, was built upon those discoveries that those earlier pioneers uncovered.

A Brief History of the Personality Test

Personality profiling has been around since the early Twentieth Century. The trend for identifying personality traits first came into being with Rorschach Inkblot Test. Rather than using questions, the analyst holds up the inkblot, and asks the patient what they see in the abstract image. Later, a rash of evaluative tests emerged around the first world war.

Robert S. Woodworth of Columbia University created a personality test called the WPI (Woodworth Psychoneurotic Inventory) that was used until the 1930s to determine which military recruits would be more susceptible to post-traumatic stress disorder, (PTSD) or shell-shock. Right about the same time, psychologists Frank Warburton and Raymond Cattell created a talent management company called Caliper. Similar to Robert Woodworth's WPI, it was used to evaluate the mental fitness of military recruits. However, it was later adapted to the business sector.

Right about the time when women were fighting for the right to vote, a motherdaughter team, Katharine Cook Briggs and Isabel Briggs-Myers, began putting together their test, the MBTI (Myers-Briggs Type Indicator). Self-taught in the fields of psychology, and drawing off of several of Carl Jung's theories, they created a scale of four personality traits; introversion versus extraversion, sensing versus intuition, thinking versus feeling, judging versus perceiving. Akin to the big five personality test, the MBTI is still in use.

From the Military to the Job Sector

Harvard Psychologist William Marston, inventor of the polygraph machine, and creator of Wonder Woman, studied a person's willpower and the effects that has on their personality, perspective, and decision making. Designed as an evaluation of normal behavior, he introduced the DISC set in two books which he published in the late 1920s and early 1930s. DISC stands for Dominance, Inspiring, Supportive, and Compliance. Drawing off of his findings, his theory was later adapted to a self-assessment test in the 1950s, and is still used today. Over the next few decades, several other adaptations emerged.

From those foundations emerged the Big Five Personality Tests, which first took hold in the 1980s. These were used to determine work relationships, behavior, and ability to cope with stress. Although there are several names for the big five personality tests, with varying lengths and styles, today it's most often referred to as OCEAN, which stand for Openness, Conscientiousness, Extraversion, Agreeableness, and Neuroticism.

The big five personality tests aren't used to diagnose mental illness or psychosis, but to evaluate and categorize common behavior, to determine soft people skills, and the relationship of personality and learning adaptability. Think of it as a crystal ball into the future of a working relationship.

Somewhat self-explanatory, it gauges one's open-mindedness to experience. It can offer an understanding of one's imagination and capability for outside-of-the-box thinking. A measure of adaptability and abstract thinking, those who score low might be more conventional in their mindset and ridged when it comes to deviating or bending the rules. Less adventurous, they prefer to travel the paved road and rarely trudge off the beaten path.

This measures one's attention to detail, one's approach to boundaries, impulsiveness, and how conscientious they are of their quality of work. They want to please, and enjoy structure. Those who score low feel confined by structure, and may require more flexibility and struggle with deadlines. They also thrive off of organized chaos; "It may seem like a mess, but I know where everything is. Please don't change anything."

Someone who scores high on this trait is a social butterfly. They thrive in group settings, enjoy talking with their coworkers and making new friends. They are more outgoing and unfiltered in their emotional expression. They recharge by being around other people, and the energy it gives them increases their productivity. Those who score low in this category work better alone, find social settings distracting, and recharge in more solitary environments. There are more filtered with their expression, and meditative in how they communicate, and their choice of words.

One who falls in the upper range is more generous, selfless, empathetic, and concerned with promoting harmony in the workplace. They're focussed on the team and prioritize others welfare over their own immediate goals. One who falls in the lower range is more competitive. No one stands in their way. They look after their own interests above others, are inventive in gaining an advantage. They are less tolerant of mistakes made by others and less empathetic.

Last, but not least, this category measures emotional maturity. Someone who scores high has trouble navigating or controlling their levels of stress. They identify problems more often than solutions, share their anxieties to comfort themselves, are volatile and prone to mood swings. Someone who scores low would be more grounded, has mastery over their emotions, and keeps calm in stressful situations.

Over the evolution of the personality self-assessment, we widely consider these categories all inclusive. No single trait paints a full picture. The range can be broad. They are weighed as a percentage, where one person may be 80% inclined towards one end of a scale, and 20% inclined towards the other.

Why Take The Test?

Not sure if you want to reveal these intimate details. Wary of how will they utilize this information? Not to worry. Your self-assessment isn't just for the employer. As much of a benefit to you as the employer, looking at each combination of a trait in a potential candidate or recruit, and where they score, can influence job placement and help determine a good fit.

Let's say someone scores lower on the Openness scale, and prefers a conventional job that changes very little and is routine. They are extroverted, score higher on conscientiousness, thrive on structure and meeting expectations, and are agreeable and grounded. While job hunting, this apllicant gets excited by the prospect of working for a startup with a great branding model.

After doing their research on the company, and what the position requires, that applicant answers the questions according to what they think the employer wants to hear, and lands the job. But what if CEO has never run a business before, isn't that extroverted nor communicative, keeps trying to reinvent what they're doing and is prone to mood swings? What if they were looking for someone who thrives on working alone and organizing chaos. In this scenario the employee thought they were up to a fast paced and stressful position, but struggles in this environment, feels stressed out, and frequently calls out sick for mental health breaks.

The Culture of a Brand

A brand takes on a personality of its own. Everyone who works for a brand represents a brand, and the best of brands evolve into a subculture. Therefore, it is incumbent upon that employer to invest the time exploring all options when considering a hire. It requires research to ensure they're making a good investment in whomever they choose. Getting to know a hire takes time. If an employer hasn't done their due diligence, and that hire doesn't connect with the culture of that brand, but they've done a disservice to the candidate they hired. It also hurts the rest of the team, who's forced to pick up the slack. This is frustrating and detrimental to morale and productivity. When they leave the position, the employer has lost significant funds, and their investment goes bust.

They paid their HR to process and file all their paperwork. They may have paid out benefits. There were payroll costs, not to mention the training period where the employer hasn't reaped the financial benefits of bringing that employee onboard yet. It's challenging getting to know someone's motives for applying for a position. Every business owner banks on their success. Therefore it's common to conduct several interviews with a single candidate before deciding. The OCEAN test is just one step of many to ensure a good fit and a happy workplace.

The practise of personality self-assessment tests is quite common. Having a basic understanding of why the test exists, and how to interpret it, gives you the upper hand. As the interviewer where their company and that brand fits in the OCEAN model. Asking questions during the interview always brings you closer to understanding if you want that job, and always reflects well on you as an applicant. Remember, you are interviewing them as much as they are interviewing you. Lastly, having a better understanding of yourself, and what work environments you;d thrive in, will narrow your search for the kind of job you are looking for. Whatever job you land will be the beginning of a relationship. Both sides are hoping for a strong, mutually beneficial relationship. Think of it as a quality of life check. 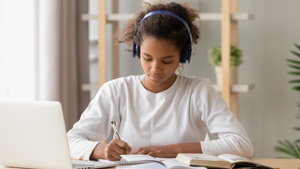 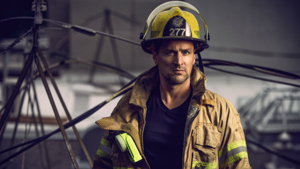