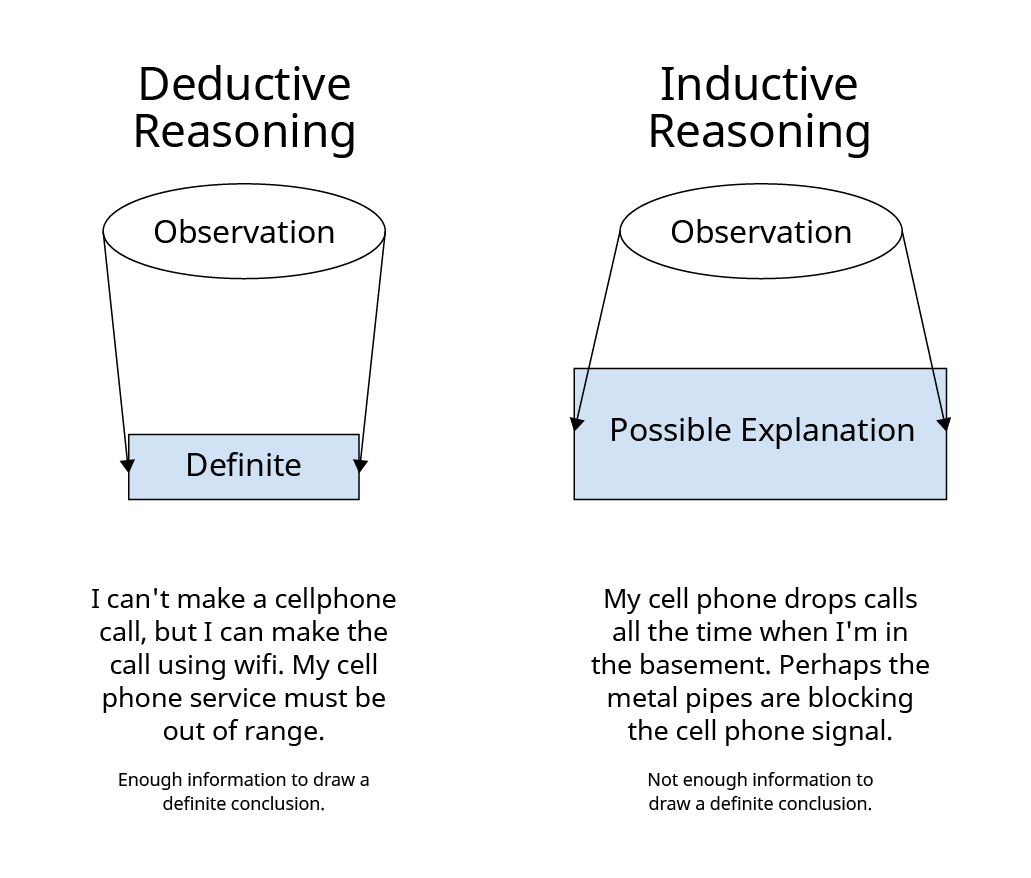 
Similar to deductive reasoning, you will be shown groups of numbers and asked to match a number with one of them. You must identify potential patterns or identities within each group to help you make the most logical placement.
To which group does the number 15 most logically belong?

Let’s break down each group:

Group A: Multiples of 5

Group B: Even numbers


There are a couple of things we have to remember. Just because there are 3 even or odd numbers within a group, it doesn’t mean that the group will have every odd number. The second thing to remember is that there may be more than one correct placement for a question.
Solution (spoiler): Group A
Both Groups A and D could fit the number 15. So now the question is which identifies 15 more specifically: an odd number, or a multiple of 5? Since there are more odd numbers than there are multiples of 5, Group A is a more specific fit for the number 15.


Like the Number Category questions, word categories will present a word and ask you to place it in one of the presented groups. Compared to numbers, words have more than on way they can be grouped: they can be grouped by their meaning, what type of word they are (noun, adjective etc.), or by how they are spelled.
To which group does the word Relevance most logically belong?

Make sure you check all groups for possible connections before picking the answer.
Solution (spoiler): Group C
There is a pretty strong connection between the word relevance and Group C: all the words begin with the letters Re.
It’s important to make sure there isn’t a more obvious, stronger connection between the word and the other groups. As we saw in the number category question, there are often more than one possible matches.


These follow a similar format to Number and Word Induction, except these use diagrams. 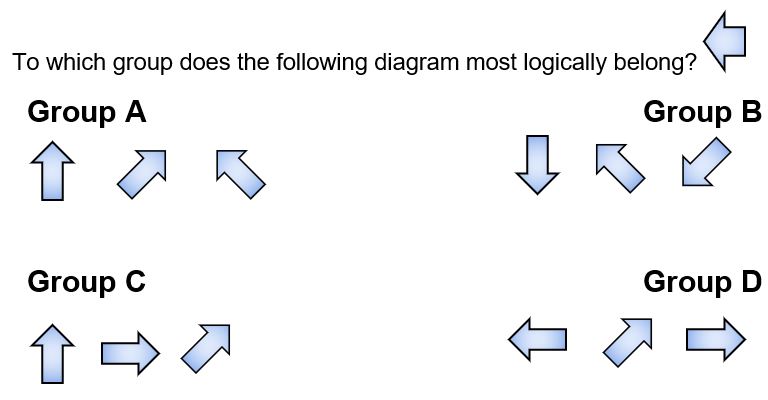 
It might be tempting to pick group D because there is an identical arrow in the group. Let’s take a closer look at the groups.


This question type presents you with several pieces of information that you must form the most logical explanation to. None of the explanations will be conclusive in nature and generally, there will be more than one fitting explanation. However, good explanations explain the information fully and rely on the fewest assumptions (a rule known as Occam’s razor).
Which of the following best explains the set of information:


a) December is colder than January and February

c) It snows in the winter, but it never snows in January or February

Choice A is using deductive logic in an inductive question type: just because there is snow in a month does not make it colder than months that don’t snow.
Choices C and D are good examples of Occam’s razor. They both explain the information, but they are more complicated than choice B. Choice C assumes that there is never snow in January or February. Choice D could also be true since it fits the data, but it’s a complicated condition that doesn’t make sense from the information given. Choice B is the most logical explanation.


There are many forms of inductive reasoning. It is a skill that’s used in jobs and solving problems on an everyday basis. Many people consider it more difficult than deductive reasoning. It is practiced less than deductive reasoning is in schools and universities and many individuals don’t get the practice they need before finding a job.
But, just like deductive reasoning and any other skill, this can be improved with practice! Practice questions such as our practice assessment are great tools you can use daily or weekly depending on your goals. In addition to this, the best thing to do to build your inductive reasoning skills is to practice explaining things in your everyday walk of life. If you see someone running and holding something important--come up with an explanation of where they’re going! This is an absolutely fantastic skill to have and you will become more and more successful the more you practice it.